The Trump administration wanted to dismantled the program protecting so-called “Dreamers,” but the Supreme Court decided against it.

WASHINGTON – President Donald Trump said Friday he will again try to end legal protections for young migrants at risk of deportation a day after the U.S. Supreme Court struck down his first attempt.

“We will be submitting enhanced papers shortly,” Trump said in a morning tweet.

With immigration as much a political issue as a legal one, it’s unlikely Trump would be able to deport young migrants anytime soon. A new executive order would undoubtedly be challenged in court, while Congress has shown little enthusiasm for dealing with the issue in the wake of the new high court ruling.

In any case, lawsuits and legislation would take months and Trump faces re-election on Nov. 3.

The Supreme Court asked us to resubmit on DACA, nothing was lost or won. They “punted”, much like in a football game (where hopefully they would stand for our great American Flag). We will be submitting enhanced papers shortly in order to properly fulfil the Supreme Court’s…..

On Thursday, a divided Supreme Court blocked the Trump administration from ending the program that allows nearly 650,000 young, undocumented immigrants to live and work in the USA without fear of deportation.

Writing for a 5-4 majority, Chief Justice John Roberts said the Department of Homeland Security acted in an “arbitrary and capricious” manner in ending the program at Trump’s direction.

The decision upheld a program known as DACA (Deferred Action for Childhood Arrivals), which covers the children of parents who entered the United States illegally. Supporters of the program created by President Barack Obama said children should not be punished with deportation because of the actions their parents took.

The ruling largely took pressure off Congress to act on DACA or a larger immigration package, something that many lawmakers had been dreading during an election year. 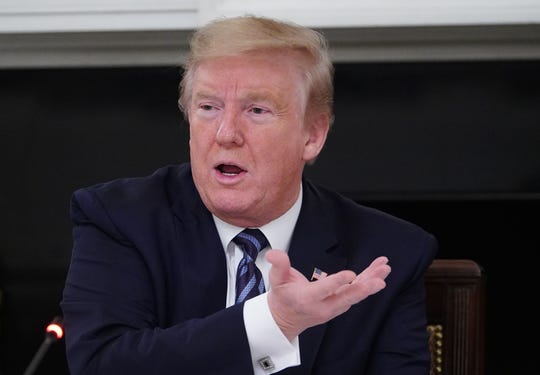 While the ruling doesn’t force Congress’ hand, members of both parties acknowledged it was a reminder that Congress should act on legislation addressing dreamers and immigration.

House Minority Leader Kevin McCarthy, R-Calif., said a path forward wasn’t clear on this issue and expressed doubt that any legislation would pass before the end of the year.

“The court decision has not forced something to be done,” McCarthy said, noting that the ruling also came as the House is working partially remotely due to the coronavirus. “If we can’t get this done working together, how can we get this done with some shadow vote?”

House Speaker Nancy Pelosi on Thursday expressed openness to working on an extensive immigration overhaul, something both parties have long sought, but said Democrats would not be willing to “trade a wall for immigration,” noting one of President Trump’s key campaign promises.

Several senators who are up for re-election in November also expressed enthusiasm for taking up immigration, including Sen. John Cornyn, who argued in a floor speech that Congress needed to act and make DACA permanent.

More: Trump blasts DACA decision, asking if people get the impression ‘the Supreme Court doesn’t like me?’

“DACA recipients must have a permanent legislative solution. They deserve nothing less. These young men and women have done nothing wrong,” he said on the Senate floor. Cornyn, R-Texas, told reporters at the Capitol Thursday that he didn’t believe a comprehensive bill could be taken on by Congress and the best chance of passing immigration reforms would be in smaller packages.

Trump, who has used DACA as a bargaining chip in negotiations with lawmakers on an overall immigration bill, criticized Congress for its efforts in a series of tweets Friday.

Instead, he said new executive action will be forthcoming.

Trump said his aides noted that the court criticized the manner in which they tried to end the DACA program – not the legal argument itself. The president said his lawyers will provide more legal justification for the maneuver in a new executive order.

In his tweet, Trump said the court “punted” on the legality of the DACA program. He said his team’s new “enhanced papers” will be designed to “to properly fulfill the Supreme Court’s order.”

In the wake of these week’s adverse decisions, Trump has indicated he will make judges, immigration, and perhaps the DACA program itself major campaign issues.

In a scathing series of tweets of Thursday, Trump attacked the Supreme Court over the DACA decision, as well as a Monday ruling saying that a landmark civil rights law barring sex discrimination in the workplace applies to gay, lesbian and transgender workers.

Trump, who is making conservative judges a key argument in his reelection bid, renewed his pledge to supporters to appoint conservative jurists at all levels of the judiciary.

In one post, Trump said “these horrible & politically charged decisions coming out of the Supreme Court are shotgun blasts into the face of people that are proud to call themselves Republicans or Conservatives.”

US Attorney General: No fraud found that could change election | US & Canada

The event reportedly will give Trump a chance to laud efforts to quickly develop multiple vaccines as his term ends.The administration of United...
Read more

US Attorney General: No fraud found that could change election | US & Canada

The event reportedly will give Trump a chance to laud efforts to quickly develop multiple vaccines as his term ends.The administration of United...
Read more

Lebanon has been ravaged this year by an economic and financial crisis, the COVID-19 pandemic, and a deadly explosion at the Port of...
Read more
Load more

Liberal-Politics is your news, entertainment, music fashion website. We provide you with the latest breaking news and videos straight from the entertainment industry.